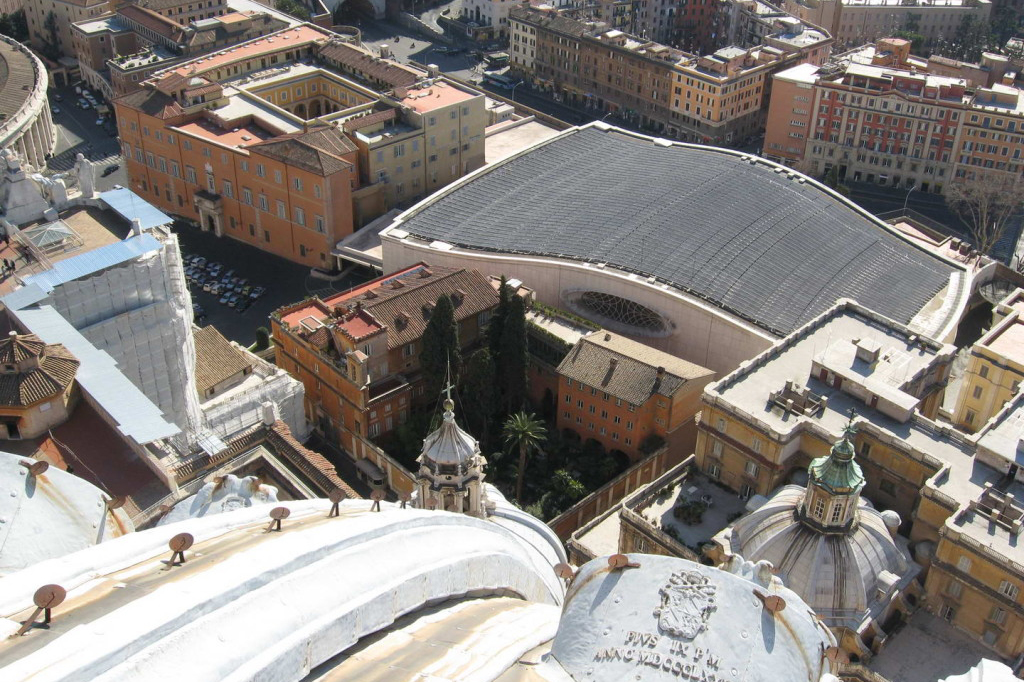 “In 1964, when Pier Luigi Nervi presented his first project plan for the Audience Hall, he was well aware of the responsibility he had undertaken, and expressed his doubts as to whether he would be up to the task of actually building it at the foot of Michelangelo’s cupola. Today we have before us an act of courage and humility, both elements that characterize the life and works of Nervi. The Hall could be described as ‘a machine to see and hear with’, designed and built with love and total dedication during the eight long years it took to complete the construction. The Audience Hall was inaugurated and blessed by the Pope on 30th June 1971. The raised flooring on which the papal throne stands, as well as the floor of the entrance leading into the Hall, are both made of Vagli Calacatta marble.