You Are Here:
Home
/
Mausoleum of Habib Bourguiba 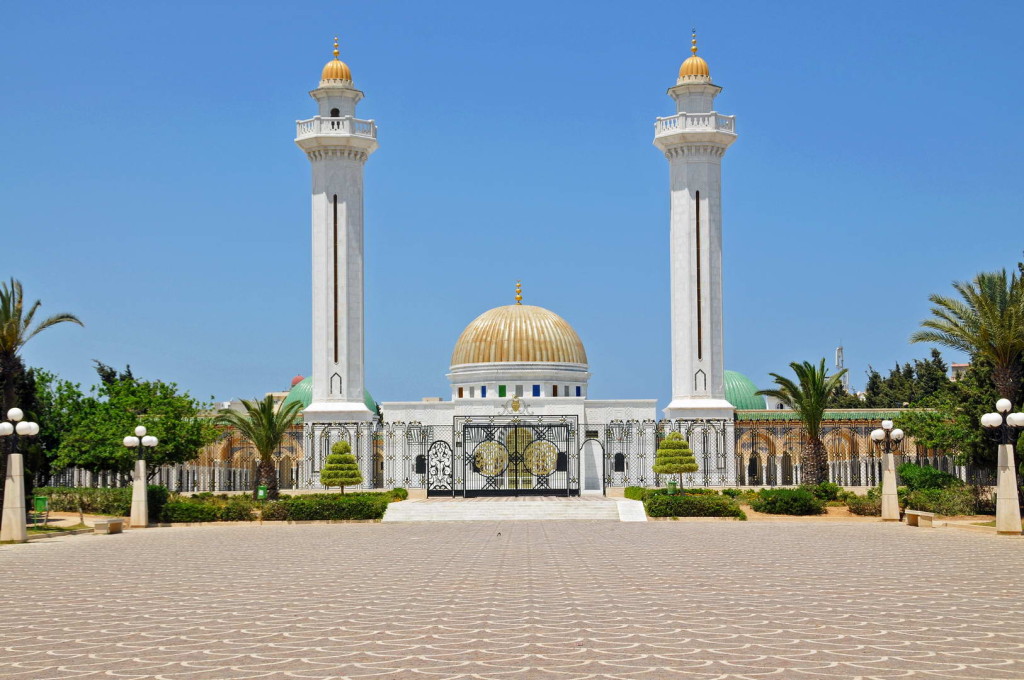 The Bourguiba Mausoleum was built from 1960 in Monastir, the President’s birthplace, in the western part of the Sidi El Mézeri cemetery, the city’s main burial ground. The building is made up of a central square area surmounted by a gold dome, flanked by two areas topped by green cupolas and twin minarets 25 metres high. It is reached via a 200 mt long, 30 mt wide, ceremonial promenade, at the end of which stands a large gateway. Inside the Mausoleum are the tombs of the President’s close family members, marked by simple marble slabs set in the floor with inscriptions on the wall. Habib Bourguiba’s resting place on the other hand, can be found in the middle of a large, circular room on two floors surrounded by walkways, with a massive, crystal chandelier hanging from the ceiling. The President’s remains lie in a marble sarcophagus he had built in 1976, placed in the centre of the room. Various different types of marble were used to build the Bourguiba Mausoleum, notably Calacatta marble.