You Are Here:
Home
/
Museum of Islamic Art – Doha – Qatar 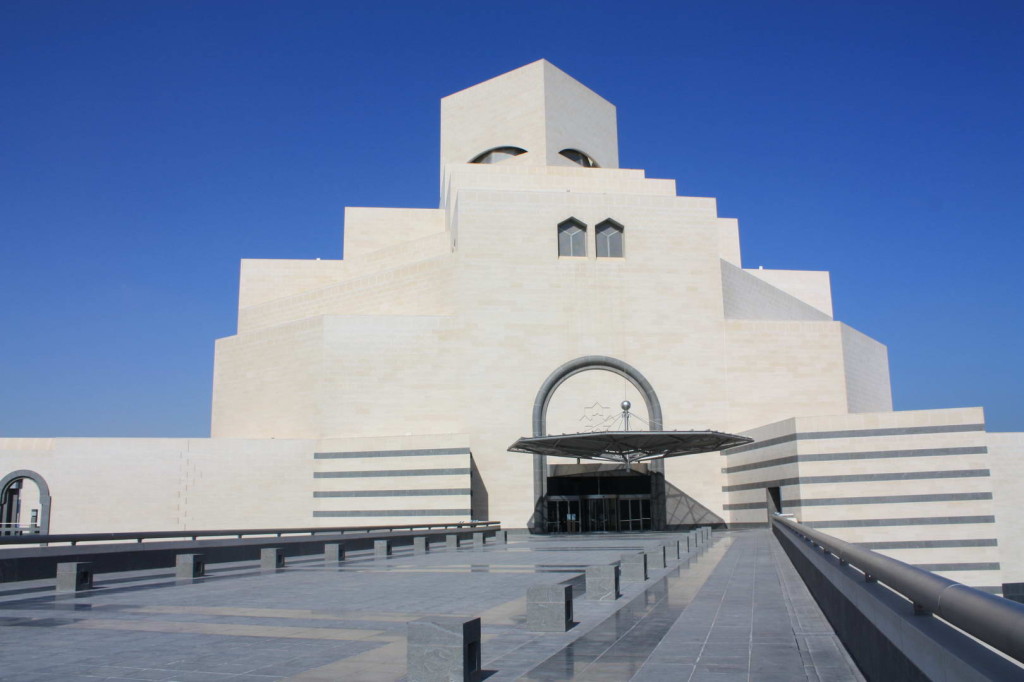 The Museum of Islamic Art is the result of a journey of discovery conducted by I.M. Pei, whose quest to understand the diversity of Islamic architecture led him on a world tour. During visits he found that influences of climate and culture led to many interpretations of Islamic architecture, but none evoked the true essence he sought. Mr. Pei’s final design inspiration was the 13th-century sabil (ablutions fountain) of the Mosque of Ahmad Ibn Tulun in Cairo, Egypt (9th century). In the “austerity and simplicity” of the sabil, Mr. Pei stated, he found “a severe architecture that comes to life in the sun, with its shadows and shades of colour.” The sabil offered “an almost Cubist expression of geometric progression,” which evoked an abstract vision of the key design elements of Islamic architecture. Declining to build the structure on any of the proposed sites along the Corniche, Mr. Pei suggested a stand-alone island be created to ensure future buildings would never encroach on the Museum. The building stands in the sea some 195 feet off Doha’s Corniche. A park of approximately 64 acres of dunes and oases on the shoreline behind the Museum offers shelter and a picturesque backdrop.